THE South West Essex Community Education Trust has unveiled the name and logo for its new secondary school, set to open in Thurrock in September 2019. 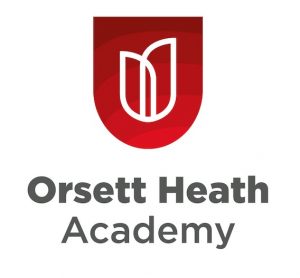 The new academy, which, according to the school, will be located on land to the north west of Stanford Road in Grays, will be called Orsett Heath Academy. The Academy’s new logo can be seen below.

The name and logo were decided in consultation with Year 5 pupils from a variety of local primary schools. Orsett Heath Academy was chosen because the pupils felt it was a mature, academic name and due to its close proximity to Orsett Heath.

Steve Munday, Chief Executive of the South West Essex Community Education Trust, said: “I am very proud of the academy’s new name and brand and I hope that it will grow to become a source of immense pride for the local community over the next few years.

“I would like to thank all of the Year 5 students who helped us to decide the school’s new identity – their opinions and creativity were invaluable. It was really important to us that we involved these pupils in our decision making because we want to create a school that the pupils can feel ownership of and will be proud to attend.”

The Academy’s logo was also influenced by the views of the pupils, who expressed a desire for a modern and vibrant icon but with an element of traditional values. As a result, the icon is based on a traditional shield shape but has bright modern colours and design.

The pupils also felt it was important for their logo to have meaning, and as a result the icon on the shield is shaped in the image of a tulip. This represents the journey of growth and development that Orsett Heath Academy students will take throughout their time at the school.

The new academy will be an exciting development for the children and families in Thurrock as it will provide an additional 1,200 pupil places by 2023. Due to significant investment into the Thurrock area, there has been a large increase in the number of children attending primary schools and therefore, the new school will provide much needed places to meet growing demand.

The academy will be run by the same Trust as William Edwards School and the curriculum provided will be modelled on William Edwards’, with a specialism in sports, the arts and a strong international approach to languages.