THE start of the 2018-19 season sees Thames RFC newly promoted to Essex 1 after only their 2nd year reformed. Under no illusions of what the season holds for them Thames are looking to keep the building programme going as they go through the season, learning how to play against much more experienced sides. 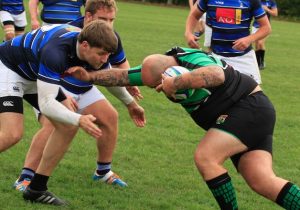 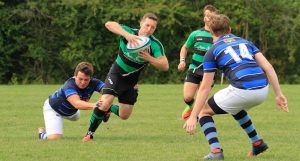 The opening weekend had Thames traveling to play Old Brentwoods, having a few players unavailable and two injuries sustained from preseason friendlies it may not have been the best way to open up their League one debut but they relied upon the strength of their squad, handing a debut to new signing Anthony Brooks and a change of position for Sam Coultish joining the forward pack.

An unbelievable start for Thames saw them from the off get in their stride, recycling the kick off outside centre James Going cut an amazing line slicing the two Old Brentwoods centres in half and ran over the try line after just 2 minutes of play. Lee Cairns added the extra two points. Thames having scored the first try of the game also scored the last as they battled for the full 80 minutes. Thames last try was a well worked move using the forwards and backs with a great interchange between Kyle Munro and Rhys Dell who ran over the try line, Cairns adding the extra two.

The period between first and last try saw Thames learning on the hoof against a seasoned experienced side and whilst Old Bs ran in some very good tries Thames made sure they played their part in a very entertaining game. With some very good phases of play which sadly ended in errors due to forced played you could see that the play ability of Thames was there just not polished. Thames defence was also very good thwarting Old Bs several times from scoring. Without doubt Thames second half performance was better than their first which left the players and coaches being very positive about the game development.

The down side to the outing was picking up two more serious injuries to key players so Thames squad will continue to play a key part in their battle this season. With many positives coming from the game it was a difficult decision to who should get Thames’ player of the match, but for his debut performance, his constant tackling and his many powerful forward runs Anthony Brooks took the first award for the season.