THE LEADER of Thurrock Council has responded to the ongoing crisis in crime in Thurrock with the news that he is in talks with the police for more officers. 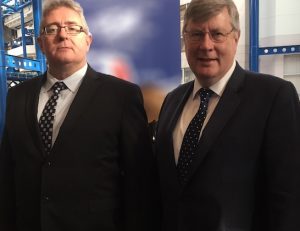 But it appears that these officers won’t be dedicated to dealing with the serious crime that is blighting the borough such as attempted murder but rather lower level anti-social behaviour.

It is also unclear as to whether these will be warranted police constables, police community support officers or special constables.

Cllr Rob Gledhill, Leader of Thurrock Council, said: “I’ve been having discussions with Essex Police since June this year about working together to have a team of police officers funded by the council working across the borough, to increase the visibility of police across Thurrock and to increase capacity to tackle the blight of ASB.

“I want to reassure residents that I am taking steps to increase police presence across our borough. This isn’t a reaction to recent events, but an ongoing piece of work which has been in the pipeline for some months. Once recruited it could mean a potential of up to eight new police officers that would solely operate across Thurrock. This would be entirely separate to the extra officers promised by the Police Fire and Crime Commissioner.”

Roger Hirst, Police, Fire and Crime Commissioner said: “Through the Thurrock Community Safety Partnership the Police and Thurrock Council have a proven record of working together to tackle the issues that matter most to the community. This additional investment will further build on the strong partnership already in place and make a real difference for the residents of Thurrock.”