Policing in Tilbury: Nothing to see here, move along….. 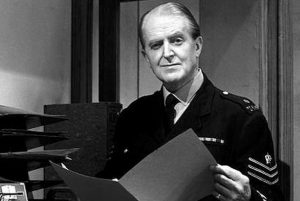 He was speaking about the police’s decision to close down the temporary police station in Tilbury following a shooting there.

Speaking on Wednesday evening, Mr Kent said: “Last week I described the temporary police station as a ‘sticking plaster’ solution and called for the reopening and re-staffing of the old Tilbury police station.

“Little did I know that the temporary solution, that sticking plaster would be ripped away within just a few days.

The so-called ‘mobile’ police station was put in Tilbury from the Thursday to the Sunday – 27 to 30 September – but people are still afraid in the town. There have been stabbings as well as a shooting in the same area.

“And saying, as they do, officers ‘were diverted from other duties to carry out high visibility patrols’ from the Thursday to the Sunday as Essex Police do, exactly highlights my point.

He added: “Strange, hybrid officers that only deal with anti-social behaviour isn’t the answer, though it appears to be the Tory council leader’s pipe dream.
“We don’t want a sticking plaster solution. Putting a caravan cop shop in Tilbury for four days won’t ease the concerns of people living there, let alone those living elsewhere in the town or the borough.

“Taking officers away from other duties isn’t an answer either.

“I’m not talking a dozen officers here and there, there need to be scores of full-time real police officers in Thurrock alone, hundreds at least across Essex, and thousands across the nation.

“The Tories’ non-stop cutting and slashing of our public services – its not just the police – must come to an end, and now!”

2 Responses to "Policing in Tilbury: Nothing to see here, move along….."