Grays: Victory for campaigners as Elm Road school plan no longer going ahead

By Staff Reporter on November 1, 20182 Comments

CONTROVERSIAL plans to use a park in Thurrock as the site for a new secondary school have been stopped after the Government’s funding agency rejected the site.

Thurrock Council had faced widespread criticism for planning to use a park on Elm Road, Grays, as the location for a new 900-place secondary school. 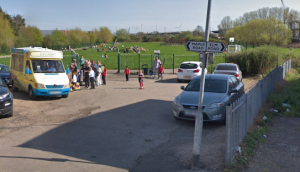 The council moved forward with the plans without holding a public consultation and presented their proposals to the government’s Education and Skills Funding Agency (ESFA).

However Councillor James Halden, who oversees education and health in borough, told a full council meeting on Wednesday night that the decision to build on the park had been rejected.

He said: “There has been a great deal of concern regarding this site but we forged on because if we did not provide a council owned site the EFSA would not have progressed the plans for a new school.

“The plan has now moved onto the next stage with the council offering a full commitment for the disposal of the land below market value. The EFSA has decided they would rather procure a different site for a range of reasons.

“As such council officers made the argument that because we offered the land in good faith and the EFSA had chosen they wanted an alternative piece of land the cost must be put on the EFSA and the project must not be put at risk.

“The EFSA has accepted this argument, we have won this fight and they will invest additional monies to acquire a private site, as such I have rescinded instructions to dispose of this site. While I know this is the position many people hoped for it is a position that could only be arrived at by forging past NIMBY pressure from the start and ensuring we offered the land available.

“If we did not the EFSA would simply have come back to us as they have with other authorities in the country and said we are land banking and they cannot proceed on this basis. That is not what we’ve done and this is a good outcome.”

The news is likely to be celebrated among residents and homeowners in the area who have set up a petition and Facebook group calling on the council to Save Elm Road Open Space.

Labour councillors had also criticised the council for their decision to build on the site. In July, Labour Councillor John Kent warned the council’s cabinet that he did not believe the site would be able to go ahead on the site.

2 Responses to "Grays: Victory for campaigners as Elm Road school plan no longer going ahead"