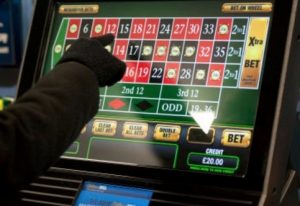 WHY has Thurrock’s MP, Jackie Doyle-Price, in so far as I am aware, had nothing to say regarding the Government’s decision to delay, until October 2019, the introduction of legislation to impose a £2 limit on “fixed odd” betting terminals and the effect such gambling has on those who become seriously addicted to playing them? I ask her because she is a Minister in the Department for Health and recently had the specific responsibility for the prevention of suicide added to her portfolio.

Tracey Crouch, sports minister, has resigned saying “pushing back the date was unjustifiable and it could cost the lives of problem gamblers”. She clearly means that for some playing these machines becomes “addictive”, impoverishing them and ultimately leading them to contemplate or actually commit suicide. Ms Crouch refreshingly demonstrates that there are still some politicians who have principles and abide by them.

Where does Ms Jackie Doyle-Price stand on this issue? Is she on the side of the Bookmakers or is she on the side of the exploited vulnerable gamblers? As a Minister with the specific responsibility for the protection of the potentially suicidal I consider her silence a dereliction of her duty. If she really believes her first duty is to protect the vulnerable would it be more principled of her to follow the example of Ms Crouch and resign?

The Prime-Minister says “there has been no delay in bringing forward this important measue”. That may well be true. The problem is the delay in it’s implementation and the probable consequences caused to “addictive” gamblers

In her resignation letter Ms Crouch says: “ From the time of the announcement to reduce stakes and its implementation, over £1.6 billion will be lost on these machines. In addition, two people will tragically take their lives every day due to gambling related problems and, for that reason as much as any other, I believe this delay is unjustifiable”.