By Staff Reporter on November 8, 20186 Comments 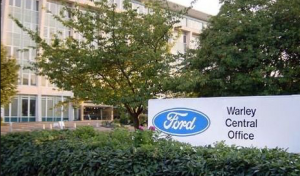 CAR giant Ford has announced it is set to close down its Ford UK headquarters in Brentwood – the centre of its operations for more than 50 years.

The proposal, which remains subject to relevant board approvals and local authority reviews, intends to bring together all of the company’s main UK-based office activities in the Dunton Technical Centre (DTC) and the Dagenham Diesel Centre (DDC) by the end of September 2019.

The proposed changes include moving the company’s headquarter and credit operations, based in Warley since 1964, to Dunton.

Around 1,700 people work at the Brentwood site in Eagle Way today.

A spokesman said Ford “did not anticipate any job losses as a direct result of this consolidation activity”.

It was announced at the beginning of the year that Ford’s huge European headquarters could eventually be used for 350 new homes.

The company said it was not prepared to have to wait until the next housing plan is prepared before putting forward its proposal to dispose of the property.

At that time Ford was quick to add that the firm has no immediate plans to vacate the town from where it operates its car financing, forecasting, IT and manufacturing coordination.

Although it is the most significant administration hub, it is not the only site in the UK.

Other properties in the country include an administration hub in Stratford as well as facilities in Basildon, Bridgend, Daventry and Halewood.

Councillor Gareth Barrett, Brentwood Labour Group Leader, said: “This is a devastating loss to the borough – this is a site with real history and part of the cultural fabric of our town – even featuring in films and documentaries.

“Given the local Conservative administration’s determination to have the site in the Local Development Plan for conversion to housing, it is regrettably not surprising that they are announcing this decision.

“That it is announced on the day that the final vote on the plan is due shows how much local politics has played in this decision to leave Brentwood.

“Friends work there, parents of my friends growing up work or worked there and many of my constituents work there as well.

“I can only hope they have the opportunity to continue in their roles and live in Brentwood without it upsetting their lives as their roles move to Dunton or Dagenham.

“Hundreds of good jobs will be leaving the borough – and a business that has been a strong partner for Warley and the town more widely looks set to leave. It’s a dark day for Brentwood.”

The Central Office was purpose-built for Ford in the early 1960s and first employees moved in from August 1964.

Today all Ford of Britain directors and some European directors are based at Central Office, including chairman Andy Barratt.

A spokesman for Ford said: “As part of an effort to improve our business fitness, we are entering a period of consultation with our union colleagues on a proposal to consolidate our South East Essex office facilities.

“The proposal, which remains subject to relevant board approvals and local authority reviews, intends to bring together all of Ford’s UK-based main office activities in our Dunton Technical Centre and the Dagenham Diesel Centre by the end of September 2019.

“The proposal includes the re-positioning of Ford Motor Company Limited’s UK headquarters and Ford Credit Europe’s headquarters to Dunton, creating a customer-centric hub of our UK-based activities in Dunton.”

6 Responses to "Ford to close UK HQ in Brentwood"