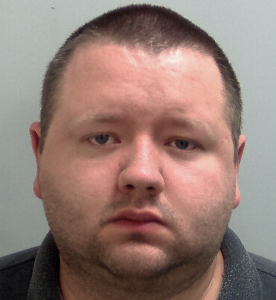 A MAN from Upminster who pretended to be a girl to incite a boy into sexual activity has been jailed today, Thursday, November 15.

Jeremy Merritt, 36, of Tyrells Close, was sentenced two years in prison at Basildon Crown Court for inciting a child to engage in sexual activity.

Merritt, formerly of Aveley, was found guilty by a unanimous jury follow a trial at the same court on Monday, September 3.

He has been placed on the sex offenders’ register and has been given a sexual harm prevention order, both for 10 years.

Between August 1 and September 25, 2016, a boy believed he was talking to a girl online. This girl was in fact Merritt.

The girl claimed she was a distant cousin of his from America and told him to send nude pictures.

The victim’s mother saw the conversation and called police. We attended Merritt’s address and arrested him and while doing so, he told officers that his second cousin had access to his machine.

We searched his address and seized phones, computers and USB sticks and found hundreds of indecent images and videos of boys of varying categories, including category A, which is the most serious category of abuse imagery.

Investigating officer DC Matthew Musson, of Basildon CID, said: “Merritt targeted a young, vulnerable boy and impersonated a girl who claimed to be a relative in order to entice him to send images.

“He was arrested and claimed to have been hacked before later blaming relatives. This did not account of the hundreds of sickening and disturbing images he had on his devices.

“I want to thank the boy and his family for their bravery in coming forward and reporting this behaviour. I hope today’s outcome offers them justice.”