Ortu Gable Hall through to final of BETT awards 2019 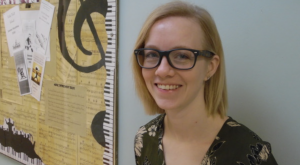 Ortu Gable Hall through to final of BETT awards 2019

ORTU Gable Hall have beaten entries from across the country to secure a place in the finals of the prestigious BETT (British Educational Training and Technology) awards.

Nominated for the “Impact” category, the team at the Stanford and Corringham School will travel to East London in January 2019 to find out if they’ve done enough to win.

The awards are focused on celebrating the creativity and innovation which can be found throughout technology for education with the ‘Impact’ Award specifically awarded to those who can demonstrate a direct link between education and future benefit.

Gable Hall submitted an inspiring video of how technology is supporting musical learning in the classroom – giving students skills which are employable and in demand in the working world.

The evidence is in their results with many of their students reaping success in the performing arts sector, including ‘The Voice’ winner – Ruti.

Each nomination will be judged by a selection of the 44 judges, who are experts in learning and technology; Including head teachers, CEOs and department managers in the Department for Education.

Miss Faye Beamish (pictured), Head of Department for Music said: “We’re so pleased to have got this far in the process and know we’ve got some tough competition ahead. That said, we’re so proud to have been recognised as bring technology to the forefront of learning and truly believe the skills learnt using 21st century tech will put our pupils ahead when they go on to pursue their talents and passions in the big wide world of work.”

From everybody in Thurrock – Good Luck!