A THURROCK Independent councillor has joined the growing list who have defected to the Conservative group. 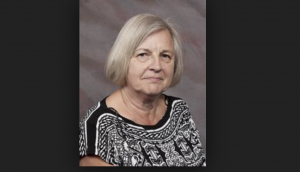 Thurrock Independents Spokesman said: “Last week Cllr Sue Sammons came to us tell us that she had been approached by Cllr Halden and asked to join the Conservative Party. However, she reassured us that she would never join them because she did not agree with Conservative values.

“We feel deeply sorry for the residents of East Tilbury who put their faith in Cllr Sammons. Cllr Sammons has really let people down today.”

As she is a Thurrock Conservative, Cllr Sammons is unavailable for comment but here is what she said to the Thurrock Independent.

“I need to do the best for the people of East Tilbury, and that means sitting within the Conservative Group. The Conservative Council are investing heavily in East Tilbury education, saved our medical centre from closure, and have been working hard to put more police on the streets. Now that I sit within the party running the council, I am in a much better position to be a strong voice for the community in which I live and serve on the council. We have serious local issues and we need better infrastructure, and that’s what I’ve been working on and now will be in a better position to do so.”