Children with special educational needs missing out on support 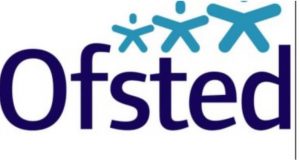 THOUSANDS of children missing out on key support for diagnosed special educational needs in England is a “national scandal”, Ofsted has said.

Chief inspector of England’s schools, Amanda Spielman, reveals 4,000 children with official education, health and care plans (EHCs) setting out their needs receive no support at all.

She also raises the issue of children disappearing from education.

Some parents said a child is only assessed when they are excluded.

Ms Spielman says: “Too often, children who have been assessed still do not receive the services they need.”

She uses her annual report to expose what she describes as a “bleak picture” of too many children “failed by the education system”.
data picture

“One child with Send [special educational needs and disability] not receiving the help they need is disturbing enough, 4,000 is a national scandal.”

The report also says: “Most disconcerting is that the whereabouts of some of our most vulnerable children is unknown.”

It revisits serious concerns that some pupils are being moved off the school roll illegally, because they may be seen as difficult to teach.

The report suggests 10,000 pupils cannot be accounted for and may have been “off-rolled” by schools in Years 10 and 11, because they did not appear on the pupil list of another state school.

It acknowledges many of these may have switched to independent schools, moved elsewhere or have been taken out for home schooling.

But, it says, it is unlikely that all of this number would fit into these categories.

The report says that compounding the difficulties faced by children with Send and their parents is that demand for EHC needs assessments from local authorities has risen by a half since 2015.

EHC assessments and plans were introduced in 2014 amid a shake-up designed to streamline and reduce the burden on the special needs education system.

They replaced statements of special educational needs which were carried out by local authorities.

Many parents complained of the long and difficult battles they had to get their child’s needs “statemented”.