TWO drug dealers, one of which was found with a pump action shotgun in Thurrock, have been jailed for a collective total of 10 years.

They carried out a stop search on a number of men who were behaving suspiciously, one of which 23-year-old Keanu Hill, became aggressive towards officers.
Hill of London Road, Grays refused to co-operate and tried to snatch his bag and belongings from officers as they searched him. 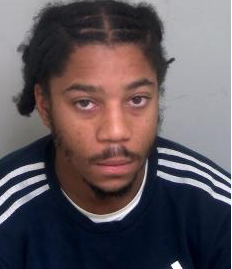 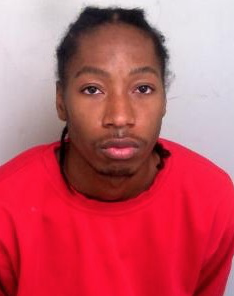 A search of Hill’s phone revealed text messages linking him to the supply of Class A drugs and a bank slip found on him showed he paid £1,000 in cash into the bank just one hour prior to his arrest.

Hill was arrested and officers went on to his home to carry out a further search there.

As officers arrived at Hill’s home to carry out the search, 33-year-old Jimmy Mukendi was driving away in a grey BMW. He was stopped and searched and found to have several wraps of Class A drugs in his pocket.

Inside his car officers found two knives concealed in a carrier bag and a holdall containing a self-loading pump action smooth bore gun and shotgun shells.

A search of Mukendi’s home at the time in Station Road, Harlow also revealed £15,000 hidden in a baby bag in the loft and a further £1,000 hidden in the lounge. The cash was seized by officers.

Hill was charged and pleaded guilty to possession with intent to supply the Class A drug crack cocaine. He was jailed for 36-months.

Following the sentencing PC Rory Phillips of the West Operation Raptor team said: “Both Mukendi and Hill clearly thought they could get away with dealing Class A drugs on the streets of our county – but they were wrong.

“We were ready and waiting for both of them and they are now behind bars where they belong.

“For anyone who thinks gang life or drug dealing is glamorous this case serves as a reminder that violence and weapons go hand in hand with this lifestyle. You will be expected to carry weapons and perpetrate violence and you could be on the receiving end of both.”

Mukendi and Hill were sentenced at Basildon Crown Court on Wednesday November 28.