By Staff Reporter on December 3, 20182 Comments 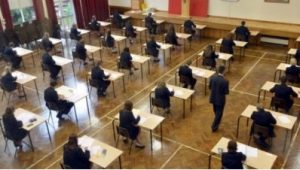 DEFICIT levels among schools managed and maintained by Essex County Council (ECC) could rocket by more than fivefold in five years – if the same pressures facing one school in Chelmsford are felt across the county.

Facing a deficit of around £800,000 in five years, the head teacher, who does not want to be named, said the only option left to address would be to make redundancies.

But the head teacher said he “sat in disbelief” after being warned that could rise to around £800,000 in five years.

If that was mirrored across the county, schools could be facing a total deficit of more than £50m.

The headteacher said: “The only solution is redundancies. That is the only way of saving significant money and that would mean losing significant amounts of provision.

“We have performing arts specialists, music specialist, sports specialist. These are at the heart of the breadth of our curriculum.

“If we start to lose things our offer to the children will be significantly diminished.

“We’d have to lose LSA (learning support assistnat) support, and SEN (special educational needs) support and can we keep standards up without intervention work?

“Will the teachers cope? Ofsted accountability pressures are significant.”

With a cumulative deficit of around £11m in 18/19, if each ECC-maintained school faced similar kinds of financial pressures, that total deficit could increase well beyond £50m by 2023/2024.

The headteacher said: “In five years’ time from now, according to the tools we have been provided by county with, we are due to be £800,000 in deficit and we have governing meetings where we look at the figures and we sit in disbelief.”

Schools with a deficit budged have to set a plan to detail how they are going to get themselves out of deficit.

A total of 86 per cent of the school’s budget goes on staff costs, but with a high number of SEN children the school is facing significant cost pressures to manage that provision.

“Next year that (percentage spent on SEN children) is predicted to rise to above 90 per cent.

“Essex County Council are consulting on keeping the minimum funding per pupil the same as it was last year.

“My wife is a head and she is staring at a similar situation.

“Our deficit is predicted to rise to £800,000 in five years if we continue with our current staffing levels which is impossible to do.”

The number of local authority maintained secondary schools in deficit reduced from 14.3 per cent in 2010-11 to 8.8 per cent in 2013-14, according to figures revealed earlier in the year from the Education Policy Insitute.

Strikingly, however, over the period of four years up until 2016-17, the proportion of local authority secondary schools in deficit nearly trebled, expanding to over a quarter of all such schools – or 26.1 per cent.

The number of local authority maintained primary schools in deficit has also risen.

However, in 2016-17, the proportion of primary schools in deficit increased significantly, to 7.1 per cent.

The headteacher added: “We are looking at that advice we have been given, which is about one per cent reduction year on year and we shake our head in disbelief because we can’t do what we do and the standards we have by reducing that amount.

“And the impact it has on staff stress when you have not got the capacity to deal with the issues that are presenting – for example mental health is acute and it affects the mental health of the staff.

“We fund a day’s worth of mental health support with a counsellor every week, we provide an afternoon every day of a pastoral officer who supports the vulnerable children in the school.

“The government is making a lot of noise about mental hand the rest of it – but they haven’t given us any money, in addition, to help support that.

“Everything we do, which you could describe as NHS work, is coming out of our pot. Which in real terms is shrinking anyway.”

Jerry Glazier, general secretary of the Essex branch of the National Education Union (NEU), said: “I just think it is an inevitable consequence of the government’s lack of commitment to fund education across the board – it doesn’t matter if they are maintained schools or academies, they are all facing the same significant cost pressures which are not being met by adequate funding from central government.

“Part of the union’s current funding campaign is trying to get home the message schools are not only having to meet growing deficits but increasing costs and they are making further reductions in expenditure which is having a very negative impact on the education provision of children in the county.

“We are seeing primary schools significantly reducing the hours of sport staff – the same applies to secondary schools – as well as the reduction of the curriculum.

“We are seeing teachers expected to teach more outside their area of expertise.

“At the same time the costs are increasing in terms of the day to day running of schools.

An Essex County Council spokesperson said: “The pressures which schools are under in terms of their funding is a national issue and subject which, in Essex, we have been lobbying the Government hard for a review of how the system works.

“The recent extra funding for schools which the Chancellor announced in his budget was welcome, but as with other aspects of funding which councils are responsible for or have an interest in, unless the underlying issues are addressed, school budgets are likely to remain under pressure.”