Grays: Drug dealer caught with crack in his underwear

A DRUG dealer caught with nearly £2,000 worth of heroin and crack cocaine has been jailed for two-and-a-half years.

Basildon Crown Court heard how officers from the West Operation Raptor team were out patrolling on Finchley Road, Grays on November 5 this year when they carried out a stopcheck on a car. 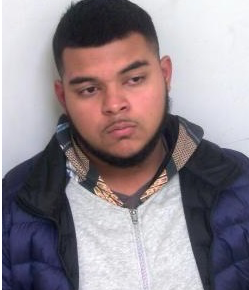 The driver, 18-year-old Tawheed Jamal, was searched and was found to have a mobile phone linking him to the supply of Class A drugs, £600 in cash and the Class A drugs heroin and crack cocaine to the value of £1,600 concealed in his underwear.

Jamal, of Marlborough Road, Newham was arrested and charged with two counts of possession of a Class A drug with intent to supply and a further charge of acquiring criminal property.

He admitted all three charges when he appeared at Basildon Crown Court and was jailed for 30-months.

Following the sentencing investigating officer PC Jon Kemp of the West Operation Raptor team said: “Operation Raptor takes no greater pleasure than hunting down drug dealers, arresting them and getting them locked behind bars.

“If criminals like Jamal think they can come to this county to deal drugs they are sorely mistaken.

“Operation Raptor teams are out on the streets of our county every day targeting those dealing drugs on our streets. If you are involved in this type of crime you can expect to be hearing from us soon.”

Jamal was sentenced on Friday December 7.