Tory-run Thurrock Council missing a quarter of its performance targets 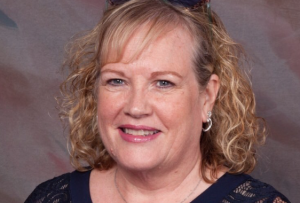 A LEADING Thurrock councillor has spoken in upbeat fashion about marginally improved figures that show Thurrock Council is meeting slightly more of its keynote targets in the second quarter of the year – but it is still missing more than one in four of them!

At the end of the first quarter, covering April, May and June, the council reported it had hit just 67.5 per cent of its key performance indicators.
That has improved by 4.5 per cent for July, August and September, prompting portfolio holder for performance, Cllr Deb Huelin, to sing the council’s praises.

A LEADING Thurrock councillor has spoken in upbeat fashion about marginally improved figures that show Thurrock Council is meeting slightly more of its keynote targets in the second quarter of the year – but it is still missing more than one in four of them!

At the end of the first quarter, covering April, May and June, the council reported it had hit just 67.5 per cent of its key performance indicators.
That has improved by 4.5 per cent for July, August and September, prompting portfolio holder for performance, Cllr Deb Huelin, to sing the council’s praises.

She said: “It’s great to see that the council continues to excel in many of the services it delivers.

“I want to particularly highlight the great work to increase the pace and efficiency of the recruitment process for council volunteers.

“I am delighted the number of apprenticeships have increased substantially, over three quarters of the apprentices needed to achieve the end of year target have been recruited already.

“The targets were set from measurable standards to ensure continuous improvement and I would like to thank all council officers who work round the clock all year to deliver the KPIs for each directorate, I am very pleased with the outcome.”

The report, which was shared at the council’s Cabinet meeting on Wednesday, 12 December, also set out the action being taken to improve services where performance had failed to hit the target.

In September there was a decreased tonnage of dry mixed recyclables collected and contamination remains quite high. The composting tonnage was on a par with the previous month. Despite this the cumulative figure (40.99%) is at a slightly higher level as the same point in the previous reporting year (40.74%). Some of the work underway to manage the recycling levels includes the introduction of “Oops!” tags to inform residents when they are placing non-recyclables in the recycling bin. We have also commenced a pilot for multi-occupancy properties to understand how best to support those residents in recycling their household waste. In addition, the ongoing social media campaign has helped to remind residents of what goes into each bin.

Mental health was the most prevalent absence driver in September, although the number of individuals absent due to stress/anxiety reduced from the previous month. To address this the HR Advisory Hub are holding ‘drop-in surgeries’ specific to each Directorate to provide additional support to managers to assist and coach them in managing sickness absence in their teams, focusing on stress / anxiety and long term sickness cases.

Further ongoing support is being provided by the Occupational Health team who have dedicated time each month to meet with managers on an informal basis to explore individual cases or advise on themes which may be impacting attendance or performance within teams.

The target set for this indicator is high. Performance is regularly monitored with monthly reporting produced for senior management with a view to improving performance. To support services the complaints team copy in Senior Management into all chase ups they issue and have introduced an additional chase up on the day prior to deadline day. In addition to this the complaints team have met with certain services who receive a high volume of complaints to review their processes with a view to improving performance going forward.

Payment rates continue to remain below target following minimum fee increases in April, although September has seen an improvement. Prosecution of non-payment is taking place and successful outcomes promoted via the media. Ongoing monitoring is taking place and the Council’s zero based tolerance approach continues.

Resident satisfaction with services provided by Housing in September has improved by 5% in comparison with August and the Quarter 2 year to date (YTD) outturn has improved by 1.3% in comparison with Quarter 1. Analysis has shown that one of the key drivers for dissatisfaction this year has been the way we communicate and engage with our residents.

As a result we are currently enhancing the way we engage with our residents by inviting members of the Tenants Excellence Panel to become more involved in service delivery by setting up several sub groups for repairs, policy development, estate inspections, voids, fire safety and customer satisfaction. We are also developing a residents’ newsletter to help us keep residents informed of issues which affect them.

Another key driver of dissatisfaction this year has been specific issues with repairs, particularly surrounding priority timescales and issues with external capital elements such as windows and front doors. To address the priority timescale issue we are working closely with Mears to ensure residents understand the reason their repair has been assigned a particular priority timescale when the repair is initially reported. Mears are also delivering a glazing batched programme annually in order to replace misted double glazed units which require replacement.

In addition to this, the focus of the Transforming Homes programme will move onto external elements in 2019/20 with the replacement of single glazed windows being the first priority.

Performance remains below target for September. The service continues to progress a recovery program which includes the recruitment of bank staff and a shunter driver pilot, which is showing some gradual improvement. Indeed in October latest indications show that 99.67% of bins were emptied on the correct day, and as such the team is hopeful to be able to report overall improved performance in quarter 3.