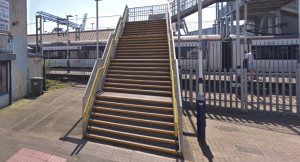 TILBURY commuters face an unwelcome price hike on their return to work (on 2 January 2019) as their annual season tickets rise in price by another £88.

Essex Labour MEP Alex Mayer has slammed the 36 per cent price hike since 2010 and says Britain needs to learn from other European railways.

Britain’s long suffering rail commuters will spend up to five times more of their income than their European counterparts as a result of January’s price hike.

Figures show on average Brits spend 55p per mile travelling by rail – it costs half that in Ireland at 27p and Belgium at 24p, while German passengers pay just 19p a mile.

Since 2010 British rail fares have risen three times as fast as earnings even though commuter satisfaction has dipped to a 10-year low.

The new year increase will push the price of an East Tilbury to Fenchurch Street season ticket to £2940 a year.

Alex Mayer MEP said: “Give commuters a break. Surely after the delays, cancellations and overcrowding on the railways last year, the government should not be allowing fares to increase faster than many people’s wages. We need to be encouraging people onto trains not putting obstacles in the way.

“It is time to learn from Europe. Why should British commuters pay five times as much as other Europeans just to get to work each day?

“The Government could have used its power to cap regulated fares, instead they have let train companies off the hook and failed to stand up for passengers.