The Thurrock Property Blog: The rise of the Tilbury OAP 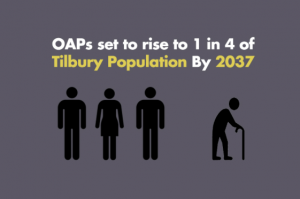 Where are they all going to live?…

With constant advances in technology, medicine and lifestyles, people in the Tilbury area are, on average, living longer than they might have a few decades ago. As Tilbury’s population ages, the problem of how the older generation are accommodated is starting to emerge. We, as a town, have to consider how we supply decent and appropriate accommodation for Tilbury’s growing older generation, while still offering a lifestyle that is both modern and desirable.

A lot more than the overall growth population of Tilbury of 19.5% over the same time frame.

To read the rest of the blog go to https://www.thurrockpropertyblog.com/oaps-set-to-rise-tilburys-population-by-2037/

One Response to "The Thurrock Property Blog: The rise of the Tilbury OAP"