IN a leaked letter to the chancellor, communities secretary James Brokenshire has warned of fresh disruption and an inability to deal with “civil unrest” because the Treasury has reportedly failed to deliver the funding needed to prepare local councils for Brexit.

Brokenshire has complained to Philip Hammond after his department only received £35m for Brexit preparations as opposed to the £70m he requested. 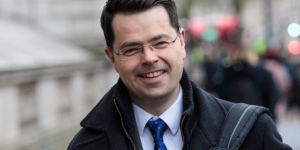 Writing to the chancellor, Brokenshire argued that the Ministry of Housing, Communities and Local Government does not have enough money to prepare for Brexit and warned that the failure to provide more funding would lead to a “significant risk of disruption.”

He wrote: “If councils are not given the funding they need now to prepare, we are at increased risk of disruption in the medium to longer term.

“As you know, government needs local authorities to remain resilient in the face of their other challenges, including pressures in adult social care and children’s services.”

Brokenshire also said that a no-deal Brexit could put increased pressure on local councils as they face a an ‘influx’ of elderly ex-pats, and even “civil unrest.”

“We require confirmation that this process would cover any costs associated with a large influx of vulnerable UK nationals returning from Europe,” he added.

“To ensure local areas are prepared for a range of disruption, such as civil unrest, that could arise in a deal or no deal scenario, it is vital that we resource Local

Resilience Forums (LRFs) now to make sure they can undertake essential planning.”

The communities secretary also told the chancellor that LRFs, which allow councils to work with the NHS and other public bodies to deal with emergencies, would need extra funding to properly respond to extra pressures caused by Brexit.