Grays: A year of road closures set for town centre 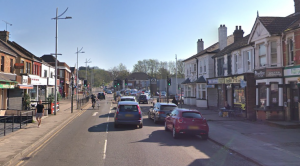 TWO major roads in Grays are to be opened for two-way traffic as part of the council’s ambition to make the town an “economic hub”.

The work to improve traffic on Orsett Road and Crown Road will begin in March and are likely to result in more than a year or temporary lane and junction closures.

Initial proposals were to only make changes to Orsett Road after a consultation showed it was supported by 84 percent of residents.

However, a traffic study commissioned by the council predicted that doing this in isolation would increase congestion and to counter this, Crown Road which runs adjacent to Orsett Road will also be made two-way.

The council expects work to begin on Crown Road in March and on Orsett Road by March 2020. While temporary lane and junction closures are expected, a detailed traffic management plan is yet to be completed.

Members of the council’s regeneration scrutiny committee will discuss the work in greater detail at a meeting on Tuesday, which will be part of a wider update on the ambition to regenerate of Grays.

A report published ahead of the meeting, reads: “It is anticipated that direct growth in Grays will equate to 2,600 homes and 1,600 jobs by 2026, although the wider catchment area for Grays has the potential to support more growth.”

Other projects include plans to redevelop the civic centre, create an underpass on the High Street and make improvements to the Derby Road bridge, cycling routes and the Seabrook estate.

The council has come under fire over the plans for the civic centre after it was backed by Conservative councillors without a clear business plan.

Residents slammed the council for planning to spend almost £10million on a building few people use other than council staff.

Opposition councillors from Labour and the Thurrock Independents have branded the scheme a “vanity project” which has been approved without any indication of how residents will benefit. They added that there is nothing wrong with the existing building.

Tory councillors claim that they want to “build better than London” and that the building sets the tone for regeneration of Grays.

During a scrutiny meeting held in November, a council officer said residents would benefit because rooms in the new building would be available for hire and it would offer discreet interview rooms for people seeking support.