Former Harris Academy head is off to the Co-op 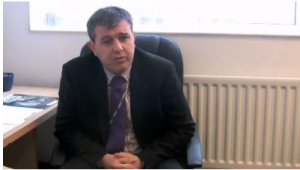 THE Co-op Academy Trust has appointed Chris Tomlinson as its new chief executive to replace Frank Norris, who steps down this summer.

Mr Tomlinson joins the trust from the Harris Federation where has been leading London schools for the past 17 years.

He has worked as a headteacher, executive headteacher and regional director in inner and outer London for Harris.

He made his name at the Harris Academy in Chafford Hundred where he turned it round from close to inadequate to outstanding in a short period of time.

The Co-op Academies Trust is currently expanding after announcing plans to treble the number of schools it runs to 40 by 2022.

The Co-op is investing £3.6m in its expansion plans.

The trust has hailed Mr Tomlinson’s appointment and praised his track record.

A Trust spokesman statement said: “Harris Chafford Hundred, Harris Greenwich Harris, St John’s Wood and Harris Battersea where Chris has spent the majority of his time as a headteacher or executive headteacher are all now outstanding in every category, consistently achieving Progress 8 scores of over 0.5 and sometimes over 1.”

Russell Gill, the chair of the Co-op Academies Trust, said: “Chris brings a wealth of experience to the role and I am sure he will lead us through our next phase which will be one of rapid change.

“We want to support even more communities that have the some of the greatest educational challenges and need additional help to support their young people. The effect of a good school that was previously failing or weak is immense in regenerating communities and we have established a great track record of turning around schools, which were previously struggling.”

Mr Tomlinson said: “I am delighted to be the new chief executive officer of Co-op Academies Trust with its strong sense of community, ethical values and ambition for all its schools. The potential to transform student’s lives and communities is a really exciting challenge and opportunity, one that I am delighted to be part of.”

He replaces Mr Norris who has led the Co-op Academies Trust for the last five years having previously worked in various senior roles for Ofsted.