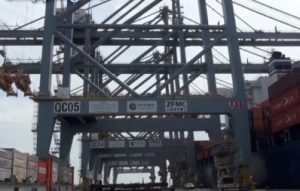 The new connection forms part of Unifeeder’s strategy to provide a competitive transport alternative for its customers, as well as ensure a steady flow of cargo to the UK, via multiple points of entry. The service will also support DP World’s strategy to enable smarter trade solutions and growth.
The direct shuttle service between DP World London Gateway and Gydnia – located on Poland’s Baltic coast – commences on Friday, February 22.

It comes just over a month after DP World’s 100 per cent acquisition of the Unifeeder Group was finalised.
This new short-sea service will complement DP World London Gateway’s existing, state-of-the-art deep-sea offering, which currently offers UK importers and exporters service options to more than 110 ports in over 60 different countries.

Chris Lewis, UK CEO, DP World, said: “We are pleased to be working in conjunction with Unifeeder to offer its customers – and European importers and exporters more generally – a competitive alternate gateway into the UK. The port and its integrated Logistics Park offer unmatched road and rail links to the whole of the UK and a container terminal that places cargo owners and users at its heart by offering transparency, visibility and numerous points of contact.

“After five years of operations, the port is among the fastest growing in the world and has a supporting infrastructure that has potential to assist those trading goods between the UK and Europe, through outstanding lo-lo services and flexible distribution and warehousing options.”