By Staff Reporter on February 7, 20193 Comments 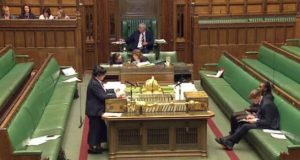 THURROCK MP Jackie Doyle-Price has warned that social media executives could face arrest over self harm images which have become as dangerous as grooming.

The MP made the comments in her capacity as suicide prevention minister.

Firms including Facebook, Instagram and YouTube could face arrest if they continue to fail to regulate and rein in the threat of online harms that face users.

The minister said fines could be a way to enforce a new law, but also highlighted that companies should be held legally accountable for content being hosted on their platforms.

Speaking on BBC Radio 4 Today’s programme she said ‘nothing is off the table’, when asked whether or not social media bosses could be arrested if they set foot in the UK.

Ms Doyle Price said the images of suicide and self-harm which are available online, and which teenagers such as Molly Russell viewed before she took her own life have now become as dangerous as grooming.

‘I have no doubt that the suicide and self-harm content of the kind that Molly viewed had the effect of normalising self-harm.

‘In normalising it, it has an effect akin to grooming. We have embraced the liberal nature of social media platforms, but we need to protect ourselves and our children from the harm which can be caused by both content and behaviour.’

At a speech to the National Suicide Prevention Alliance (NSPA) conference she said: ‘Many of you in this room will have been moved by the story of Molly Russell which was recently in the news. I’m very grateful to her father Ian for his courage in sharing her story and I’ve viewed the material that Molly accessed using her Instagram account

‘We must look at the impact of harmful suicide and self-harm content online. I am hugely encouraged that the government’s forthcoming White Paper to address online harms will consider what more can be done to address this harmful content online.’

Ms Doyle Price added that she was due to meet Facebook to discuss the issue and said the government was prepared to introduce regulation if social media did not act.

‘If companies cannot behave responsibly and protect their users, we will legislate. Providers ought to want to do this. They shouldn’t wait for government to tell them what to do. It says a lot about the values of companies if they do not take action voluntarily.’