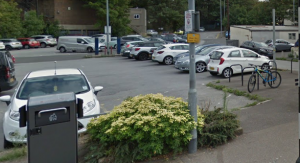 A CLASH of opinions has broken out between Thurrock Council’s planning committee chairman and his deputy over vetoing a block of flats.

The vice-chair criticised the decision to oppose plans for a new flats block in Stanford-le-Hope.

That prompted the committee’s chair to take the unusual step of speaking up and giving the counter side of the argument.

The committee’s vice chairman Cllr Steve Liddiard had said after the meeting it was a bad decision. He thought it should have been approved. Cllr Liddiard says the council may face a costly appeal.

“I’m confident we made the right decision”

However, Cllr Kelly said: “I’m confident we made the right decision. King Street car park was sold off cheaply by the previous administration on the proviso that parking spaces would be maintained.

“The local High Street needs more help to combat the growing strength of the online retailers dominating the market. With Stanford’s population increasing, this means parking spaces are more important than ever to support our local shops.

“Developers can appeal, but they need to consider the negative impact of a development on the local economy. It is a clear, concise, material consideration to refuse an application. We could lose an appeal and yes costs will incur. But the local shops in King Street need their council to fight their corner.”

At last week’s meeting Cllr Kelly detailed the reasons for refusal. He spoke of the adverse impact on the local economy and density of the development.