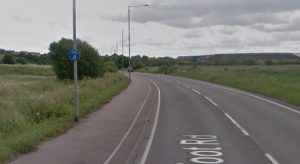 POLICE Officers in Grays are appealing for witnesses after reports that a woman was harassed in Marshfoot Road, Tilbury.

It happened near to the Gateway Academy on Tuesday, February 12.

A man, described as black and aged in his late 20s, was driving a blue car and slowed down to attempt to engage with the teenage victim.

This is believed to have continued on a regular basis until February 26.

PC Georgina Moss, of the Grays Local Policing Team, said: “The victim has not been injured or the subject of an accosting but, understandably, she is very shaken by the ongoing attempts of contact from this stranger.

“I would like to speak to anyone who may have seen an incident matching this description in the local area or knows the identity of the driver.”