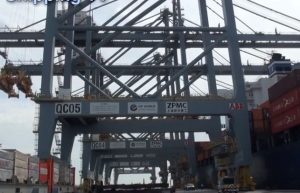 THE mounting uncertainty on the back of the UK’s indecisiveness over Brexit is “alarming” global businesses and making financial institutions nervous and the ongoing trade tensions between the US and China is adding to their woes, the chairman of DP World said reports the National.

“The trade war, everybody talks about it, everybody is worried about it,” Sultan Bin Sulayem, who is also the chief executive of the Dubai-based port operator, told a conference in Dubai on Sunday. “The other issue which is alarming the business world is Brexit and what’s going to happen.”

The UK’s exit from the European Union has gone through political twists and turns since the British public voted to leave the economic bloc in June 2016. European leaders last week agreed to extend the UK’s deadline to leave the bloc from March 29 to May 22, on condition that British MPs approve their prime minister’s withdrawal deal.

However, if Theresa May’s deal is not approved by parliament this week, the EU will offer an extension until April 12 and expects the UK to indicate a way forward for consideration by the European Council.

Mrs May’s Brexit deal has overwhelmingly been rejected twice by MPs and it is not clear if she will put it to a vote a third time.

This uncertainty, Mr Bin Sulayem said, is “annoying” for businesses as it is the UK alone that has to decide on some course of action, which it has not done, rather than the rest of Europe.