AK47s and grenades found in farm raid on Aveley border 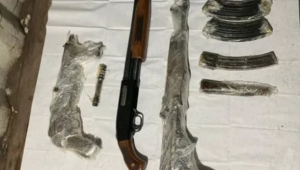 A MAN has been arrested after a haul of weapons – including three AK47 assault rifles and 22 grenades – was found during a raid on a farm.

The firearms were discovered in by police searching 70 shipping containers at Bretts Farm just outside Aveley on Tuesday. 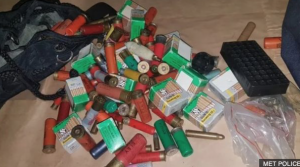 Stolen vehicles, Class A drugs and a cannabis farm were also uncovered in other containers, police said.

A 31-year-old man has been arrested on suspicion of firearms offences.

Two shotguns, a revolver, a pistol and hundreds of rounds of ammunition were also uncovered in one of the containers during the operation by officers from the Met and Essex Police.

Det Ch Insp James Harper, from the Met, said: “I have no doubt that removing these weapons from circulation has prevented death or serious injury.”