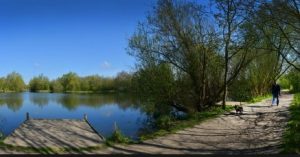 Belhus and the Barrett-Lennards by Susan Yates

AT our March meeting society chairman Susan Yates gave a detailed and interesting lecture on the history of Belhus and the Barrett-Lennards. When she moved to the area in 1956 she was fascinated by the ‘castle’ and determined to find out more about it. Said to have come over at the time of William the Conqueror the family owned a vast area in Thurrock and were not just Lords of the Manor, but well known in the nation. It was lawyer John Barrett who built the brick house in 1523-25 that we remember today, maybe to house his 13 children.

His grandson Edward added considerably to the estate. His grandson, another Edward, next inherited and was the most notable member of the family. He was knighted, became an MP and was a Tax Collector for Thurrock and created a deer park around Belhus. He died in 1644 and was buried at St Michael’s church, Aveley. Childless, Edward left his estate to a distant cousin, Richard Lennard, on condition that he adopted the Barrett family name and became known as Richard Lennard-Barrett.

Richard was succeeded by his son Dacre who left his estate to his grandson Thomas who later became Lord Dacre. He had two illegitimate children, Thomas and Barbara and on his death in 1786 they assumed the Barrett-Lennard name. Thomas inherited the estate in a derelict state and renovated it. He was created a baron in 1801, was an MP and died in 1857 at the ripe old age of 93. The second baronet was his grandson, another Thomas, who was a JP for over 60 years and died in 1919, aged 92. He was quite a character, an animal lover and wore old clothing, once being taken for an inmate of Warley Hospital where he was on the board of governors.

The third baronet was his son Thomas. He was a barrister and left the estates and title to his brother Richard who died in 1934. By this time the 400 year old family link with Belhus was severed with its sale in 1923 and the family home moved to Norwich. Thomas Richard Fiennes Barrett-Lennard was the fifth baronet and on his death in December 1977 the title went to Sir Hugh Dacre Barrett-Lennard, a cousin. He told of a ghost in the Elizabeth Tower, hearing footsteps and a door banging. Sir Hugh was ordained as a catholic priest and died in June 2007. The Barrett-Lennard family is now spread around the world.

Today the house is no more, being demolished in 1957. Only a couple of courses of brickwork remain in places and can be seen on Belhus Golf Course. Little else remains, including the listed stink pipe and the ice house near the Long Pond (now cut in two by the M25). A lottery grant through The Land that Fans Project may provide new information boards. Susan’s many illustrations showed the grounds landscaped by Capability Brown. From Park Lane an avenue of trees still stand, the path showing up during a drought.

After Susan’s talk Phil Lobley showed several maps discovered in Northamptonshire archives which were deposited in the 1940s by an unknown donor. This was a survey of the Manor of Bell House about 1588, a huge estate, including field names. Using image overlays from Google maps he showed that some field boundaries are still there and showed the footprint of the plan of Belhus before demolition.

Our next meeting will be our AGM at 8pm on Friday 26 April at the Adult Education Centre in Grays. It will be followed by a talk by our webmaster John Matthews, entitled ‘DNA – what it can tell us’. Visitors are most welcome.