Grays lorry driver who was watching TV programme while driving found guilty of killing a woman in crash. 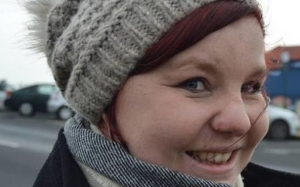 A GRAYS lorry driver who was watching a TV programme while driving has been found guilty of killing a woman in a crash reports the BBC.

He had admitted “listening to” a TV series on his phone, but the judge said she was sure he was watching it.

He was sentenced to nine years in prison after jurors at Maidstone Crown Court found him guilty of causing death by dangerous driving.

Sandulache, of Grays, had previously told the court he was not watching the TV show and footage from a dashcam showing him glancing down was because he was “looking at the speedometer”.

Jurors heard he had twice been caught using his phone while driving and had 12 penalty points on his licence before the crash.

He had been allowed by magistrates to continue driving due to extreme hardship.

Judge Adele Williams said: “I am sure you were watching a TV programme on your mobile phone. That was grossly irresponsible behaviour.

“You did not have your eyes on the road, you were paying insufficient attention… and by the time you saw Abigail’s vehicle it was too late.”

Abigail Harvey died in hospital three days after the crash

In a victim impact statement read to court her mother, Amanda Harvey, said: “Our lives have been brutally and senselessly changed for ever.

“One of my children has been stolen. All I have to hold now is the wooden box containing her ashes.”

The court heard her organs were donated, because that is what she would have wanted.

Her father Laurence Harvey said: “It’s a dad’s job to save her from harm, and everything which could harm her.

“I feel as though I’ve failed her.”