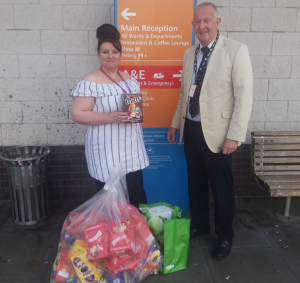 THERE are some councillors who just like being in their ward and serving their constituents. Tilbury Riverside councillor Clare Baldwin is such a councillor.

Cllr Baldwin cannot really be doing with the minutae and machinations of council meeting or war of words politics but if you want to get down to the Civic Square in Tilbury and speak to someone who might well sort out your housing problems then she is the councillor for you. That’s not our opinion but what so many residents tell us.

In many ways, Cllr Baldwin isn’t an easy touch or “everyone is against us” Tilbury type councillor. She just gets on with it with her breed of tough civic love.

This isn’t a lock tight Labour seat. Last year, Labour held off the Thurrock Independents by just 35 votes. It has had a BNP councillor in the past. There have been Labour majorities of 42 (’07) and 24 (’14) in other years.

The TI candidate is a hard working Allen Mayes who may be the future of the party. They have now made a transition from being UKIP. They are now seen as a residents party. They now have to decide if they are in it for the long haul. That means having a full slate of candidates who may have to slog it out year in year out, probably losing and hoping for a breakthrough year. You never know, this might be the breakthrough year if people are so disillusioned with the other two. If it is then that will give Allen Mayes a real platform to develop the Thurrock Independents from there.