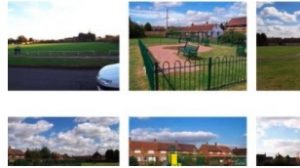 AND so we come to the final ward by ward piece. These are simply sketches of political life in each of the wards in the borough. Nothing more, nothing less. If nothing else, it helps those who make an appeal on social media that they “Don’t know who the candidates are”.

We have left one of the best until last or rathe yet another one we don’t have a clue about.

This ward is another that has bounced between three parties. There has been times it has been a solid two Labour councillor ward (Diana Hale and Angie Gaywood). Then it had two Ukippers which is where we come to the subject of the Conservative candidate, Graham Snell.

As you may know, he was the leader of Thurrock Ukip and then he left to become leader of the Thurrock Independents. He defended his seat of Stifford Clays last year and got a deeply underwhelming 177 votes. He was no Tim Aker or even Ockendon’s Chris Baker. So he may face difficulties on a number of fronts.

When he was campaigning last year, we did ask Mr Snell (Go to 4.30 on the film below) was he in it for the long run. He said “Yes”. Guess we should have ascertained which party. Wonder if he fancies the Brexit Party next?

This could be one of those wards in one of those years when the Tory vote may not come out. That is still difficult to predict.

The Thurrock Independent candidate Jennifer Smith is standing for the first time and by all accounts is working hard and enjoying the experience.

Then again, the same could be said of the Labour candidate,, Jennifer Craft. The Labour vote usually stacks up at over 600 votes, so Labour may be hoping that their vote stays solid, the Tories drops and the Indies don’t have enough presence.

This will be close.