THURROCK litter heroes have rallied together and cleaned up a staggering 30 tonnes of rubbish from their local communities in support of this year’s Great British Spring Clean.

Residents and local groups collected more than 3,000 bags of rubbish weighing 30 tonnes during community-led clean-up events held across the borough from Friday, March 22 to Tuesday, 23 April. The council has also worked with organisers of registered clean-ups to provide equipment and collect filled refuse sacks. 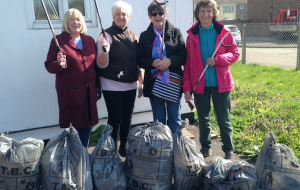 Over the course of the month-long campaign, launched by anti-litter charity Keep Britain Tidy, national figures revealed 957,377 bags were collected, of which nearly 39 per cent will be recycled. That equates to 4,308 tonnes collected from 17,097 clean-ups, with 1.1 million hours spent litter picking. 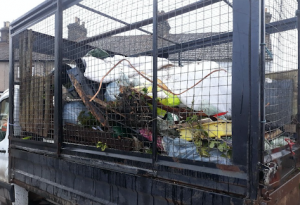 Thurrock Council thanks the community for its response to supporting the Great British Spring Clean for the third year running and everyone who participated during the month-long initiative. Staff will continue working with regular and new litter pickers throughout the year.