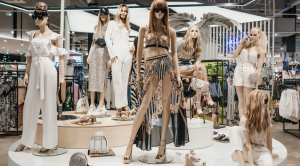 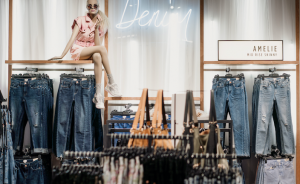 The new 21,000 sq ft store, double the size of the old store, was flooded with customers as Chloe Lewis opened the store on Saturday 4th May.

Customers were treated to a meet and greet with Chloe and had complimentary lash treatments and mini manicures, along with slime workshops for children.

The fresh, new look, store spreads across two floors and includes womenswear, menswear, a bigger kidswear area and a newly added homeware, which seems to be very popular among customers.

Howard Oldstein, regional centre director at intu Lakeside, said: “We are very excited to have welcomed the new flagship River Island at intu Lakeside. It is bigger and better and provides our customers with a more enjoyable shopping experience.”

A spokesperson from River Island said: “The combination of a loyal and high-spending customer base, vibrant retail mix and the enhanced leisure offer make intu Lakeside the perfect location to be creating an even bigger store.”

intu Lakeside is also having a £72 million external leisure development which includes Hollywood Bowl, who opened in March, and a host of other leisure experiences opening later in the year including a Nickelodeon Adventure family entertainment centre, Puttshack mini golf, Flip Out trampolining and new restaurants.