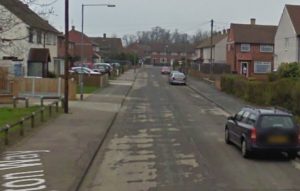 ESSEX Police has arrested two men on suspicion of aggravated burglary after responding to a call in South Ockendon yesterday, Monday, May 27.

A spokesperson said: “We were called just before midnight by a man reporting suspects armed with a knife tried to get access to an outbuilding in Easington Way.

The victim confronted the men, who ran from the scene.

“We arrested a 29-year-old man from South Ockendon and a 45-year-old man, of no fixed address, on suspicion of aggravated burglary and possession of an offensive weapon.

“One of the men was also arrested on suspicion of possession of drugs.

“They remain in custody for questioning”.