CONVICTED fraudsters who ran a rogue wheel clamping business have been ordered to pay more than £17,000 in compensation to their victims following a successful proceeds of crime case by Thurrock Council.

John Challinor, 57, of Albert Street, Harwich, and Edward Blundell, 78, of Coles Oak Lane, Dedham, were convicted of fraudulent trading in May 2016 for their part in running an unscrupulous company which clamped cars, vans and lorries across Thurrock. 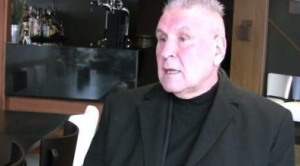 The company illegally clamped vehicles on the public highway and at night, as well as operating bogus charges to cancel tow truck bookings. They also used aggressive tactics such as the threat of crushing cars if payments were not made.

The pair were both sentenced to two years’ imprisonment, suspended for two years, while two other men also received suspended prison sentences for blackmail.

A Proceeds of Crime Act case at Basildon Crown Court last Tuesday (28 May) heard Challinor had earned £472,635.20 from his part in the scam, with the amount he had available declared to be £78,000.

He was also ordered to pay £500 costs and warned that he will brought back to court if evidence emerges that he has any other assets.

Cllr Shane Hebb, Deputy Leader of Thurrock Council, said: “This case dates back a number of years now and the initial prosecution involved a great deal of partnership working involving both National Trading Standards’ Tri-Regional Investigation Team and the police.

“I am delighted that, thanks to the hard work of the council, compensation has now been secured for the victims of this scam.

“This case should serve as a clear warning that we will not tolerate those who break the law and exploit people to line their own pockets.

“We will continue to use all of the powers available to us to tackle fraud and protect our residents and businesses.”