Laura’s Blog: The evolution of obesity

The evolution of obesity
By Laura Moxley 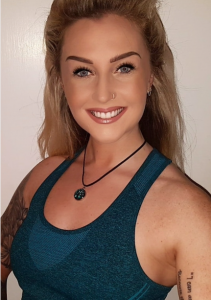 Rationing began in the 1940s. Restrictions on food allowance was initially hard hitting. Food was bland and relatively tasteless, portion sizes were more than controlled and the opportunity to snack on double helpings of cake and custard were totally non-existent.
1940s

Daily, the female of the house would visit the local butchers, bakers and vegetables stools to get the essentials for the day. There were no options to grab an additional chocolate bar, or sugar coated finger doughnut wrapped in three layers of plastic because budget and rationing simply didn’t allow this. Consequently the family were fed enough to survive on and nothing more.

Food was wrapped more eco-friendly, compared to today’s imperishable plastics. Brown paper bags were common in shops in the 1940s, milk was always bottled into glass jars; broken biscuits were stored in tins, handpicked and bagged in paper bags for sale. Food shopping was transported in string shopping bags that were reused for every shop along with a woven basket. Plastic bags had not even evolved at this point! Now plastic bags can take up to 1000 years to degrade depending upon its location.

Unfortunately due to the vast amount of packaged food in today’s supermarkets we can no longer smell the essence of fresh fruit and vegetables. The wonderful aroma of earthy veg is no longer available in our supermarkets.

The birth of the supermarket store.

The first co-op opened in the early 1940s, even with little to offer it was a revelation that a ‘self-service’ of food was born despite the rationing of foods which continued until 1954. After rationing filtered out, we birthed larger supermarkets. Visiting the stores to witness fresh cream cakes, loafs of breads and an array of foods offered for purchase. Fast food restaurants such as McDonalds and Pizza Hut opened their doors during the 50s and following this there was less control over Great Britain from the government of what we could consume. Permitting us free reign to ingest more food then ever before regardless of whether we were hungry. Allowing the weight gain to commence.

By the mid-1980s, fast food was readily available for purchase. Frozen foods, sweets – formulated with life lengthening preservatives, sugars and fructose. Multipack crisps and ‘ready meals’ packaged and ready to buy. Filling up your shopping trolley became an exciting trip out for all the family. Purchasing all of these taste bud accommodating foods meant we ate more and more. Concerned food would pass its sell by date; snacking became a habit in the majority of households; snacking resulted in overeating, slowly we waved goodbye to fresh, healthy, home cooked food and the evolution of obesity began.

Data reveals that rates started to rise during the mid-80s. Around the same time that ready meals, chilled and frozen foods made an appearance in our supermarkets. Eating got progressively cheaper and easier. With options to buy precooked food from fast food restaurants increasing our inclination to eat causing weight gain.

Surprisingly the caloric intake in the 1940s were very similar to today. However the calories came from different sources of food. Today it is all to easy to grab sugar snacks without a second thought. Eating healthier is a greater struggle due to the tempting foods that are sold at a much lower price then heathier fresh produce which naturally puts a lot of consumers off of eating heathier.