Over the Border: Plans for a thousand extra homes in Basildon 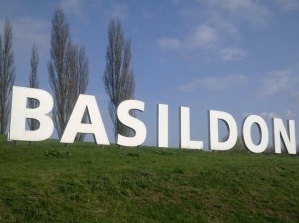 BASILDON Council has been told to build almost 1,000 extra homes after being penalised for not building enough to meet a government target.

It has been revealed that Basildon has missed its house building targets for three of the last five years, causing it to miss its target of 2,089 new homes by 25 per cent.

As a result, the Government is demanding the council adds an extra 991 homes to their five-year target and creates an action plan to address the failure.

In total this means space needs to be found for 5,946 homes over five years, despite the council having already concluded they only have land for 3,038.

In a draft of the action plan which must be supplied to the Government by August, the council states: “There has been under-delivery for three of the last five years. Over a longer period of time, as evidenced in the council’s statutory Annual Monitoring Reports, there is evidence of persistent under-delivery which has resulted in a significant shortfall in housing within the Borough.

“This has had implications for the local housing market, including driving-up house prices and reducing affordability.”

Councillor Adele Brown, Basildon Council’s chairman of the Infrastructure and Inclusive Growth Committee, said: “Improving the supply and the affordability of housing is key to the future success of our borough.

“Not building enough homes for local need is a problem that is far from a unique to Basildon, but it has been allowed to go on here for too long.

“We will be looking at all the actions we can take, working with Homes England and others, redrawing the town centre masterplan and finding ways to accelerate supply of homes while protecting what people value about the places in which they live.”

The council must abide by the targets until they are able to adopt a Local Plan, which lays out how thousands of homes will be delivered over the next 15 years. The plan has faced several serious delays and even the threat of government intervention.

It is currently under review by the secretary of state.

Former council leader and leader of the Basildon Conservative Party, Andrew Baggott, said: “This is nothing new and the requirements coming out are ridiculous. My view has always been that we need to have infrastructure right first but now the council is told that even though you can’t find sites for the targets you’ve already got, we’re imposing additional housing.”

He explained the during his time in administration the council attempted to build on sites owned by the Government agency Homes England and the NHS but both organisations “dragged their feet”.

He added: “Imposing targets when we have both hands tied behind our back is unrealistic. Government agencies drag their feet, they aren’t helpful and we have a number of sites that are problematic. While this report is accurate, it’s a bit cloud cuckoo.”