HUMAN rights campaigners have hit out at Essex Police after new figures revealed how the force is increasingly using spit guards including on children –the youngest being 15 years old. 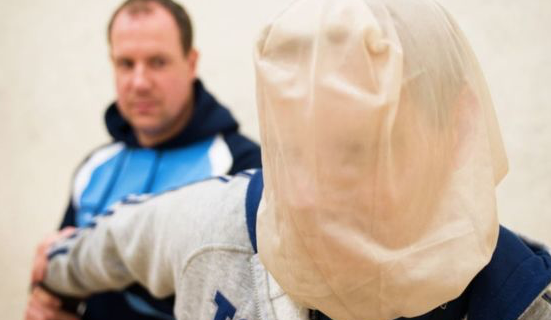 The controversial hoods are used to prevent suspects from spitting or biting and are pulled down over the person’s head.

They were introduced by the force in a bid to protect officers and members of the public from being infected with deadly diseases.

But civil liberties group Liberty branded use of the hoods “traumatic”.

There have been 138 incidents in which the hoods have been used since April 2018.

Specifically in 2018 there were 68 incidents of spit guards being used, but in just the first three months of 2019, spit guards were used 70 times.

It means in the three months of 2019 the technique has already been used more that it was for the period April to December 2018.

Rosalind Comyn, policy and campaigns officer at Liberty, said: “Being hooded is a traumatic experience which poses serious risks to people’s rights.

“It is deeply concerning to see these degrading devices being rolled out, often justified by exaggerated or incorrect claims about officers’ health, with little regard for the damage they may do to the people they are used against.”

At the announcement of the guards being rolled out in June 2017, Chief Constable Stephen Kavanagh said: “Being spat on – with saliva and sometimes with blood too – isn’t just unpleasant.

“It risks contracting illness or disease or at the very least worry and stress that they (officers) might. I want officers out there keeping Essex safe, not sitting in a GP surgery scared for their wellbeing.

“I trust my officers to carry items of protective equipment like tasers, batons and in some cases firearms. I trust them to use that equipment professionally and there is no place in policing for people who do not do so.

“The decision to use these lightweight mesh guards will protect our protectors and allow police officers to do their work more safely with less need to restrain with force people taken into police custody.”

An Essex Police spokesman said: “Sadly being spat at is a reality for our officers.

“Just this weekend one of our officers, whilst performing their duty, was spat at and bitten.

“Our officers are dealing with incidents 24 hours a day, every day of the year and it is essential that we provide our officers with the means to protect themselves and spit guards are one of the pieces of equipment that we provide to do this.

“Being spat on isn’t just unpleasant but it risks our officers contracting an illness or disease or, at the very least causes additional stress and worry.
We introduced a new piece of kit the lightweight mesh spit guards as standard protective equipment for our officers.

“Recent figures show that since training began in spit guard use in April 2018, we only used them just 56 times in first eight months – just seven times a month.

“We trust our officers to carry a variety of equipment to protect themselves such as batons and Tasers, making sure we train them in their use.
Spit guards are just another item to help them carry out their duty and ultimately keep us safe.”