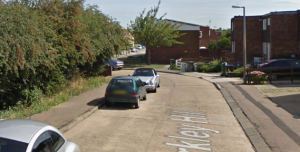 ESSEX Firefighters were called to the scene of a house fire in Berkley Hill, Stanford-Le-Hope this afternoon after an electric shower unit ignited.

Control teams were alerted after a lady, who was alone at the time, heard the sound of the fire and called 999. The lady also immediately closed all the doors within the upstairs of the property.

Firefighters managed to extinguish the fire, which had been contained to the upstairs bathroom, by 10.20am.

Watch Manager Kevin Hercock, Orsett Fire Station, said: “This lady responded brilliantly when she realised there was a fire in her bathroom. By getting out of harm’s way, calling 999 and closing the internal doors, she managed to prevent the spread of the fire and smoke.

“That has meant that the damage to her home has been minimal – crews worked hard to restrict it to the bathroom.

“If ever you are unfortunate enough to find yourself involved in a fire, you should do what this lady did: get out, stay out and call the fire service out.”