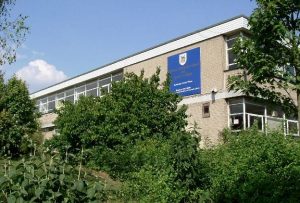 AN OFSTED report which concludes that William Edwards school “Requires Improvement” has been published today (Thursday).

The report is already mired in controversy as the school informed the press that they had logged a formal complaint regarding the report. However, when asked they could not tell YT when they made the complaint and whether they received the outcome of the complaint.

The report seems to have come as a shock to a lot of Thurrock residents. At its last full inspection in 2010, under the headship of John King, William Edwards was graded “Outstanding”.

However that was nearly a decade ago and whilst other schools were inspected, William Edwards, apart from a monitoring visit in 2017, has remained an Ofsted free zone.

This had not gone un-noticed by politicians such as Labour’s prospective parliamentary candidate (and former Thurrock Council leader) John Kent. Cllr Kent has made reference to their “underwhelming” GCSE results.

Cllr Kent had also express concerns regarding plans for a new school called Orsett Heath Academy, which would be run by South West Essex Community Education Trust (SWECET). This trust also oversees William Edwards and its chief executive is Steve Munday. Mr Munday is the head, who took over the running of William Edwards from John King.

Councillor Kent has expressed his concerns that Thurrock Council may be about to invest up to £50 million in anew school, run by a Trust whose only other secondary school in Thurrock has been given a “Requires Improvement” notice.

His concerns contrast sharply with the portfolio holder for education, Cllr James Halden, who says he doesn’t “recognise the overall judgement”.

The report makes the following observations

There are inaccuracies in the school’s information regarding the attendance of a small number of pupils who access off-site year 11. provision. These pupils are not accessing full-time education, contrary to the school’s official records.

Outcomes in humanities are a weakness in the school’s provision.

Pupils with special educational needs and/or disabilities (SEND) but without an education, health and care (EHC) plan are not as consistently well supported as those with an EHC plan.

Leaders and the trust do not have a precise understanding about the difference that the additional funding is making to disadvantaged pupils’ achievement, attendance and behaviour .

The trust does not challenge leaders precisely enough about standards in the school, including for disadvantaged pupils.

On occasion, monitoring at senior and middle leadership level lacks precision and rigour. For some newer leaders, it is also too soon to see the impact of their work.

The headteacher has invested in a rich curriculum offer that allows many pupils to access a wide range of opportunities. This is a strength in the school’s work.

Most teaching, learning and assessment are good. More pupils are securing better standards in a number of subjects where outcomes were weaker last year.

The pastoral system provides high-quality support for pupils on a day-to-day basis. Most pupils who spoke to inspectors were effusive about their experience in school.

Behaviour is securely good. Most pupils work hard in lessons, are keen to do well, and are polite and respectful.

Pupils are positive about the multiple and varied opportunities there are for them to get involved in the school community and that they have a ‘voice’ in their educational experience.

The chair of the trust has a clear resolve to raise standards meaningfully in trust schools. He is actively seeking expertise to add capacity to the trust as it grows.

The full report can be found