A STANFORD-LE-HOPE supercar enthusiast who says he was injured after slipping on icy plane steps is suing for £200,000, claiming his injuries prevent him from looking after his beloved Ferrari reports standard.co.uk. 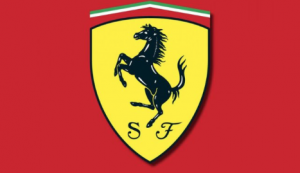 Carmelo Labbadia, 76, fell as he stepped off an Alitalia flight during a business trip to Milan in February 2015, and says he needed a shoulder replacement, may also need a new hip, and now walks with a limp.

The engineer, from Stanford-le-Hope, told the High Court he can “no longer attend to” his three prized sports cars, including a Ferrari, due to the after-effects of the accident.

He is suing the airline for £200,000 in compensation, claiming he has been forced to take on staff including a cleaner and gardener as well as a specialist mechanic to maintain his sports cars.

But lawyers for Alitalia are fighting the claim, arguing that ice was not to blame for the fall and suggesting Mr Labbadia did not take enough care as he exited the plane.

“He slipped on a combination of ice and snow that had accumulated on the uncovered stairs causing him to fall head first to the ground, and to sustain serious bodily injury,” said Mr Labbadia’s barrister, Lionel Stride.

“He can no longer attend to the cars which he was passionate about.”

The court was told Mr Labbadia no longer has full use of his right arm and has suffered “significant post-accident restrictions to his daily and leisure activities”.

Alitalia accepts the fall happened but denies liability for the injuries, arguing that the incident does not amount to an “accident” under the terms of the 1999 Montreal Convention — governing international air travel — and it says the presence of snow was not an “un-expected event”.

But Mr Stride said that snow in Milan in February was not normal, adding: “Mr Labbadia had never encountered snow when arriving in Milan.”

Judge Margaret Obi will deliver a ruling on the case at a later date.