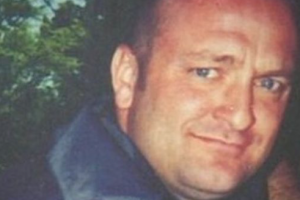 A pathologist has said the death of a man found trapped under the drum of a cement mixer 17 years ago “looks staged” reports BBC.

Lee Balkwell, 33, was found trapped by the vehicle at a farm in South Ockendon, Essex, in 2002.

Prof Dick Shepherd said the scene of the death looked “too neat” to have been an accident.

He is writing a report, which has been seen by the BBC, which may form part of a judicial review bid by the Balkwell family.
Prof Shepherd, who has worked on cases including the deaths of Stephen Lawrence, Princess Diana and the 7/7 bombings, said: “There are features that are highly worrying and I am very concerned that his death in association with that vehicle has been staged.

“It looks like a staged scene because in some ways it is far too neat, far too organised and things don’t happen that way.

“And also I simply cannot work out a way in what I have been told happened has resulted in Lee being where he is; it simply doesn’t fit.”

Prof Shepherd said there were many reasons for his view including Mr Balkwell’s position between the drum and chassis of the cement mixer as not fitting with the description of events.

An inquest into Mr Balkwell’s death found he had been unlawfully killed through gross negligence.

His employer Simon Bromley was convicted of failing to ensure the health and safety of his employee but was cleared of manslaughter by gross negligence.

The Balkwell family received £12,000 compensation over the investigation of the death based on an Independent Police Complaints Commission (IPCC) report.

The 2012 report found eight senior officers made 25 errors in a “seriously flawed” investigation. It found no evidence of corruption.

Les Balkwell, Lee’s father, said Prof Shepherd’s report gave him “hope” that there could be justice for his son, who he maintains was murdered.

He has hired a team of former Met Police detectives in a bid to have his son’s death re-investigated.

Essex Police said: “In light of the new legal proceedings calling for a judicial review we will not be commenting on the case at this time.”