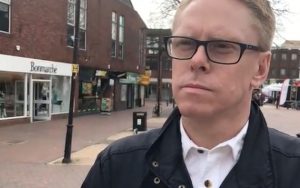 THURROCK Labour has slammed reports that the borough council is looking across the area with a possible view to find places to build new homes.

The council has already started building new social housing for local residents on Claudian Way in Chadwell St Mary, and though it has proved a disastrous PR exercise so far, it has also given over the former Belmont Allotments site in Grays for new homes to be built by its wholly-own subsidiary Thurrock Regeneration Limited reports the Thurrock Independent.

A former allotment site adjacent to Orsett Road and Dell Road in Grays is also set up to be developed for housing and parkland adjacent to the Culver Centre in South Ockendon appears to be at risk as the council has already sought permission to waive some planning procedures on it to facilitate development.

Now residents in Aveley have got wind that the council is considering development on the local mini-park on Martin Road.

The Friends of Aveley and Keningtons Parks were invited to a meeting at the Civic Offices where they learned their open space was being considered for a development of up to 15 homes.

A spokesperson for the Friends group said: “To say we are very disappointed in Thurrock Council is an understatement and we intend to do all we can to protect Martin Road mini park and say ‘NO’ to any building in the park.”

Thurrock Council responded to the Thurrock Independent’s enquiry about its plans by saying: “There are no such approved plans in place.

“Thurrock Council is currently assessing the feasibility of a whole range of sites which could potentially be used to develop much-needed council housing in the borough.

“No decision to develop this or any other future site has been taken because this assessment process is ongoing. Once all the assessments are completed they would be passed to cabinet member for approval.

“Once any site is identified and approved for possible development, a full open and inclusive consultation will take place with local elected members and residents, as part of the council’s community-driven, infrastructure-led and high-quality approach to growth.”

Thurrock Labour’s shadow portfolio holder for regeneration, cllr Martin Kerin said: “Whilst we recognise the need for new housing in Thurrock, we are concerned about the emphasis seeming to be on taking Thurrock’s much-loved parks and playing fields.

“We support Thurrock Council’s intention of creating housing developments that are ‘community-driven, infrastructure-led and high-quality,’ but are wearied by seeing how the Council has taken the opposite approach with recent developments.

“With the recent ‘Belmont Debacle’ in Grays still raw, we want to see a process which includes a genuine and open consultation, with developments designed to enhance existing communities – not something which is done to communities which have existed for generations.

“We will not allow Thurrock Council to destroy the green spaces and parks which are treasured by our residents.”