A GANG of fraudsters have been jailed after conning 100 victims out of more than £500,000.

Alex Scurtu, 29, from Newham, and Adideji Atitebi, 28, from Tilbury, both pleaded guilty to conspiracy to commit fraud and conspiracy to money launder at Harrow Crown Court on Wednesday. 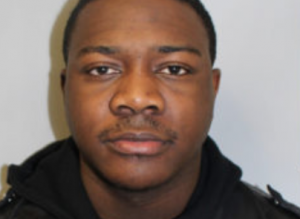 Both men were part of a group of four who placed fake adverts for non-existent goods and services online.

People who tried to buy them would lose their money but receive nothing in return.

Victims would receive messages appearing to come from their bank and were tricked into sending their personal account details.

Police established one of the other fraudsters, Gift Mangava, opened a number of bank accounts using counterfeit ID.

These were then used to deposit any money they managed to con people into giving them.

Officers detained Mangava at an address in Canning Town on Friday, 1 June 2018.

He was then linked to the other three accomplices through WhatsApp messages.

Mangava, 41, from Swanley, was sentenced to six years and nine months imprisonment at Harrow Crown Court on Wednesday, 24 July.

Darnel Morrison, 20, from Edgware, pleaded guilty and was given a suspended prison sentence of 18 months. He was also handed a community order.

One Response to "Man from Tilbury jailed for £500k fraud"