A LOCAL councillor and stalwart of the Thurrock football scene has been nominated by the Essex Football Association for a long service award.

Chris has been involved in Ockendon football since the 1966/67 season.

He was a player until 1996/97 but has held several roles since, such as club secretary, treasurer, manager and chairman.

Chris is also still a referee.

His colleague at the Thurrock Independent Group said: “Thank you to Chris and all the many volunteers who keep grassroots football in Thurrock alive and kicking!” 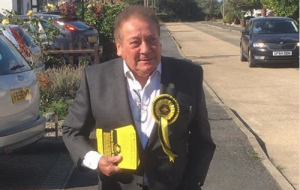