THE village of Bulphan has become a desirable area for new homes but attempts to build on green belt land are putting planning applications in jeopardy. 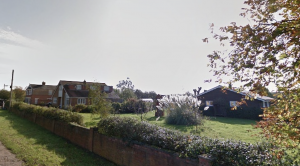 Three applications to build small developments in Bulphan are set to be discussed at a planning committee on Thursday but officers from Thurrock Council’s planning team have recommended that councillors do not grant planning permission for any of them due to the green belt.

One application proposes building eight homes on Judds Farm on Harrow Lane but officers say that it would result in a “loss of openness” and be detrimental to the “character of the flat fenland area”.

Two more applications, making up a total of 12 new homes on Peartree Lane, have been labelled as “inappropriate development in the green belt which is by definition harmful”.

The recommendations come after a major planning application for 116 homes on green belt land on Church Road, Bulphan, was refused by the council in June for similar reasons.

Michael Fletcher, vice-chair of the planning committee said: “I think, given that many of these developments are for three-plus bedroom houses it’s a case of developers seeing a desirable area and wanting to turn a sizeable profit.

“They are definitely aimed at a relatively affluent buyer.

“We know that we are going to have to build a lot more houses to keep pace with demand and we know too, that we’re going to have to look at building in areas like Bulphan and Horndon to even out the impact and to put people closer to where the jobs are likely to be.

“Nor, to be honest, do ‘luxury developments’ like we’re seeing meet the needs of the many Thurrock people struggling to afford a home of their own.

“What we desperately need is an updated local plan but Highways England have literally driven a coach and horses through that with the disputed Lower Thames Crossing.

“In the meantime we’ll continue to look at each development on its merits.”

The three Bulphan applications will be discussed at a meeting on Thursday evening.