EIGHT new Deputy Lieutenants for the county of Essex have been appointed by Her Majesty’s Lord-Lieutenant, Mrs Jennifer Tolhurst.

The role of the Deputy Lieutenant is to assist the Lord-Lieutenant in her first and foremost duty, which is to uphold the dignity of the Crown and of assisting the Reserve Forces and Cadets Association and Pre-Service organisations. 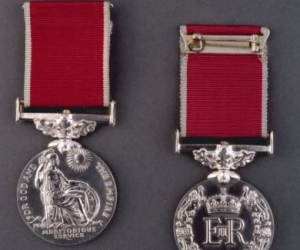 Mrs Tolhurst said “I am delighted to be able to make these appointments. The individuals concerned have made a great contribution to the County and fully deserve the recognition they have received.”

The new Deputy Lieutenants for Essex are:

Bryan, who has lived in Essex for 23 years, retired from his career in the City in November 2017. For the past 25 years he was an investment manager specialising in investing for charities.

His family firm, James Burrough, made gin and he has followed in his father’s footsteps to become Master of the Worshipful Company of Distillers.

Although not Essex born and bred, Bryan has huge enthusiasm for the County. He was appointed as the High Sheriff of Essex in 2018-19.

Bryan is married to Philippa who is an avid gardener and they have two sons, Leo and George.

After completing an MA in Agricultural and Forest Sciences at University College, Oxford, Jeremy joined the Ministry of Agriculture working in Surrey and then Hertfordshire as County Adviser. This was followed by a spell as a private consultant covering 40,000 acres in Essex.

He returned to Whitehall in 1989 where he worked in several policy areas, including directly with Ministers during the UK Presidency of the EU in 1992 and on a further secondment to the President of the NFU on food marketing policy.

Since 1997, Jeremy has been farming in partnership with his wife and family in South Essex. They also have a property in Scotland where they run sporting and holiday lets, a tenanted livestock farm, renewable energy and forestry enterprises. The latter includes an award-winning new plantation of 450,000 trees with special measures for Black Grouse conservation.

Jeremy is currently Chairman of the NFU Mutual Advisory Board for the East of England and serves on the Country Land & Business Association Committee for Essex. He is also Trustee and Essex Chairman of the Game & Wildlife Conservation Trust and Chairman of the Farmers and Fletchers livery hall in London.

John served a five-year term as Chair of the Financial Conduct Authority and its subsidiary, the Payments Systems Regulator.

From 1975-2012 he worked at KPMG and its predecessor partnerships. He spent 11 years as an auditor and 15 years in Corporate Finance before becoming CEO and subsequently Chairman and Senior Partner of the UK firm. He also served as Chairman of its EMA Region.

After leaving the FCA, John took on various charitable roles including the Chairmanship of Step Change Debt Charity which helps people with financial difficulties. He was recently appointed Governor at Brentwood School and is a regular speaker on the Speakers for Schools programme.

John and his wife, Katie, live in Essex and they have two children. Before getting married John spent 15 years in the Territorial Army with the Royal Green Jackets.

Stephen served for 33 years in various Policing roles. During his 28 years in the Metropolitan Police, he was part of the national response to the failures of the murder of Stephen Lawrence. He served as Commander for Counter Terrorism and Deputy Assistant Commissioner for local policing.

In May 2013 Stephen was selected to become Chief Constable of Essex, his home County, where he served for over five years. His commitment to bringing Essex Police closer to its communities resulted in him introducing Police Volunteer Cadets and a new multi-faith independent advisory group. Essex became the first force in the Country to annually use seized criminal monies to invest in a Community Foundation.

Stephen was on the Board of the Essex Boys and Girls Club and he was Chair of the Professional Community for Crime and Terrorism for the College of Policing. After retiring he was asked to become an Honorary Professor at the Essex University. He was decorated with the QPM in 2018.

Stephen is married to Diane and they have one son.

Sidra Naeem is a qualified teacher specialising in supporting and coordinating provision for students with Special Educational, social and emotional, mental health and wellbeing needs (SENCO) for over 20 years. She is currently employed by Anglia Ruskin University as a Chaplain and has been a part of voluntarily Chaplaincy in the educational (Chelmsford College), retail (Bluewater) and health (St. Lukes Hospice) sectors

She has been volunteering in multiple projects in the community since 2003 in numerous regions of Essex and London. She has initiated Mental Health, Interfaith and cultural diversity awareness, facilitating events for various organisations. She is a member of the Mid-Essex Interfaith Forum (MIFF) and secretary and public speaker for Havering InterFaith Forum (HIFF). She is a representative of SACRE (Standing Advisory Council of Religious Education) and contributed towards authorising the Religious Education curriculum for all schools and educational establishments in Essex. She is the Secretary of Essex Mind and Spirit (EMS), a voluntary organisation that raises awareness of spiritual care in mental health recovery. She manages Women Together in Basildon, a group aiming to integrate vulnerable women from different backgrounds into the community, by providing advice and help for women who have English as an additional language, art activities and speakers on health topics.

Sidra regularly helps to feed homeless people in Havering through a church (Hope4Havering) and arranges annual “Feed the Homeless” events for the Chelmsford Chess homeless shelter. She is also Community Governor at King Edward Grammar School.

Fiona graduated in Law from Cambridge University in 1984 and qualified as a solicitor. She worked for Linklaters and then Goldman Sachs International. Fiona moved to Essex in 2000 and became a consultant solicitor retiring in October 2010.

From 2008 to 2015 Fiona was the Essex County Organiser of the Friends of Essex Churches Trust annual Ride & Stride (a sponsored bike ride or walk event). From April 2014 to 2017 she was a Public Governor for the North Essex Partnership University NHS Foundation Trust. She has also been a committee member of the Maldon Branch of Action Medical Research and the Anglia Holiday Club and is a current member of the Chelmsford Singers.

Fiona is married to John and they have three daughters.

Before retiring in June 2018, Hugh was the Chief of Staff of Dynama Solutions, a UK company providing specialist workforce optimisation and governance software.

Most of his career was in the Coldstream Guards, recently managing the UK’s defence exercise programme which attempted to achieve co-operation between all three services.

From 2001-2005 Hugh was based at Supreme HQ Allied Forces Europe, responsible for persuading NATO Allies and partners to provide forces for crisis response operations in the Balkans, Baltic, Middle East and Afghanistan. Prior to that, while assigned to Allied Forces Southern Europe, he was responsible for planning and execution of NATO operations in Bosnia, Kosovo and in response to the Iraq conflict. For this Hugh was awarded the MBE.

Hugh is married to Victoria Toler (nee Charrington) and they have two children.

Juliet was born and raised in Essex. She was educated at Salters Hall in Sudbury, Suffolk then gained a partial scholarship to Benenden School in Kent. Before going to study at the University of Leeds, Juliet volunteered for the homeless charity Crisis, which opened her eyes to the ease with which you can lose everything.

Juliet went on to work for a London brand consultancy, shaping an understanding of communications and social behaviour. She moved back to North Essex in 2011 and worked for the youth club charity, Essex Boys and Girls Clubs, where she learnt about the voluntary sector in Essex and the power of supportive networks and challenging activities to aid personal development. Juliet now works in Halstead and chairs Essex Women’s Advisory Group, Chelmsford Ladies Circle and Colne Engaine Festival Committee. She founded Colne Engaine Ladies Facebook Group and she is also a member of Colne Engaine Dramatic Society and the Courtauld Memorial Hall Fundraising Committee.