THREE planning applications to build in the village of Bulphan have left Thurrock councillors divided over whether building on green belt land is acceptable.

Thurrock Council’s planning committee became embroiled in a debate over when it is acceptable to build on green belt land during a meeting on Thursday night. 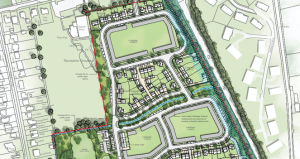 The discussion came as they examined three planning applications for small plots of housing in Bulphan – all of which were refused planning permission.

When considering plans to build eight homes in place of existing buildings on Judds Farm on Harrow Lane, Labour Councillor Gerard Rice warned that the government could intervene if the committee chooses to refuse planning permission.

He said: “If we were to reject this and it goes off to the Government’s office, they will trawl through and look at us and say you haven’t got a five-year land supply and this is previously developed land. In our view, they might say, we’ll let it go through.

“They will be the final judge of it.”

But meeting chair Conservative Councillor Tom Kelly said approving would “set a precedent” leaving the committee having to approve every single development that comes to them.

In a later discussion about two applications to build a total of 14 homes on Peartree Lane, Councillor Barry Johnson, who represents the area, explained the village has less than 300 homes and “sits very much in Thurrock’s greenbelt”.

He said: “Requests to build further in this village cannot be contemplated without serious infrastructure being undertaken which quite frankly I’m not sure is even possible given its location.”

However, Conservative Councillor Angela Lawrence urged the council to consider approving the plans.

She said: “These homes being built are executive homes, these homes are for people like our officers who could do with living in our area, I know I would like to live there.

“They will have their own vehicles, they won’t need infrastructure. They will be able to come and go and not bother anybody in Bulphan. We have got to start building in these areas.”

Mr Rice and Ms Lawrence failed to get support from other members on the committee and all of the Bulphan applications were refused planning permission.

Prior to the meeting, the planning committee’s vice-chair Councillor Michael Fletcher said Bulphan has become a “desirable area” and acknowledged that more homes need to be built, however he said the area also needs infrastructure and “scatter-gun developments won’t meet that need”.