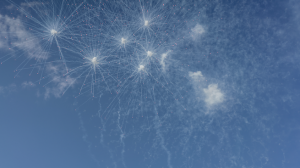 INTU Lakeside’s brand-new leisure extension was launched over the weekend with a host of family-friendly activity including Essex’s first daytime fireworks and a character parade. 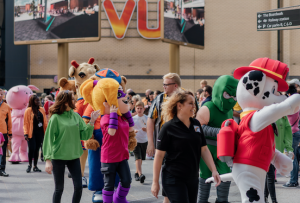 The magic then continued through the Boardwalk and into the centre with intu Lakeside’s biggest ever character parade, including Paw Patrol characters – Chase and Marshall, SpongeBob SqaurePants and Teenage Mutant Ninja Turtles all led by a brass band trio and Hamley’s toy shop’s ring master.

To finish off both parades, Essex’s first ever daytime fireworks were launched with striking colours and effects which amazed many visitors.

The £81 million development had roaming acts including balloon stilt walkers, flower pot men, a unicycle juggler, along with a variety of selfie spots which have been very popular across social media.

Howard Oldstein, centre director at intu Lakeside, said: “This was a very big day for us and for the community; we are so grateful to all who attended and made this day so special. A big thank you to everyone.

“The development has been going on since 2017 and to see it finally launched is a massive achievement. The weekend was extremely busy and to see the smiles on everyone’s faces, especially during the character parade, has made it all worth it.

“I hope many more people come along and visit our new area as it was built for everyone near and far.” 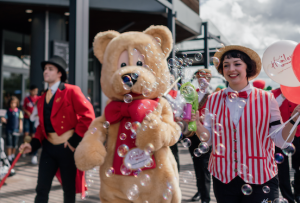 Across social media customers have said:

“@intuLakeside wow wow wow! Can we have more of the same, fair rides and music esp coming up to xmas? Loved itl! Fireworks were amazing… ❤️”

“We had such a fab day at the opening of The Quay @intulakeside. The new renovation is stunning, and there are so many new leisure places and restaurants!”

The Quay includes Hollywood Bowl, Flip Out adventure Park, Puttshack, a hi-tech mini golf experience, and Nickelodeon Adventure – a family entertainment centre, which will join in the world of fun later this year. Food and beverage operators available in the Quay are The Hall, the first out-of-town concept from food hall operator Market Halls, new brands, Chiktopia and Casco Lounge, and old time favourites Zizzi and TGI Friday’s.