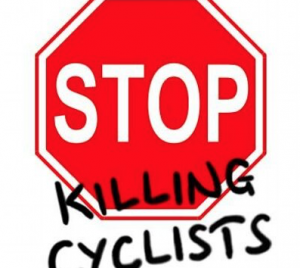 National Funeral For The Unknown Cyclist.

Thurrock Cycling Campaign once again will be travelling to central London on Saturday to join the call for funding for a proper nationwide cycling infrastructure, a proper ‘slice’ of the transport budget.

In view of the climate emergency and Thurrock being one of the worst places for pollution in the country, I feel it’s only right that we should be throwing our weight behind this to make our demands for sustainable travel.

Matt Hill who founded Thurrock Cycling Campaign is also part of the planning team for Stop Killing Cyclists is hopeful that this will be the biggest protest this country has seen.

It was his involvement in Stop Killing Cyclists that inspired him to do something locally in Thurrock too.

Where: Meeting at Lincoln Inn Fields from noon. Processing to the Treasury at 1pm.

What: The protest calls for an Ecological & Climate Emergency Autumn Budget and has the three following demands:

The funeral will dramatically & poignantly consist of three horse-drawn hearses carrying three symbolic adult coffins.
These will represent those who have died from transport & climate breakdown related causes over the last decade.

In addition, a small white child’s coffin will represent the over 280,000 children and adults who died prematurely from air-pollution diseases including asthma.

* 240,000 people who died in the UK from diabetes and far more from other inactivity diseases related to lack of cycling exercise due to absence of protected cycle lanes.

The symbolic funeral will assemble in Lincoln Inn Fields from noon. It will process from there to the Treasury in Whitehall, where a rally and mass peaceful die-in will take place.

Our aim is to create the largest symbolic die-in ever held in the UK and ensure the maximum possible pressure on the new Chancellor to deliver safe cycling for our kids and real action on the climate/ecological emergencies.

The 2019 budget must be a Climate/Ecological Emergency Budget that includes £6 billion/year for the creation of a national cycling network and the reversal of the toxic fuel duty cuts.”

He added “Our kids deserve safe streets to cycle & play on and they deserve a safe climate to protect their futures. Cycle action is climate action.”

Alanna O’Byrne, a spokesperson for Extinction Rebellion said “A massive investment in safe-cycle lanes is crucial to protect our kids’ lungs from fossil fuel pollution and crucial in tackling the climate/ecological emergencies.”

Caspar Hughes, Co-organiser of Stop Killing Cyclists said: “Boris Johnson when ending his term as Mayor said he wished he had built more protected cycle lanes and faster because it would have been the right thing to do. It is still the right thing to do and we call on him to do so now nationally as prime-minister.”