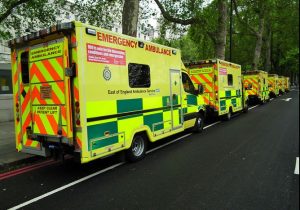 A SOUTH Ockendon woman has been found guilty of assaulting an member of the ambulance staff.

On 01/04/2019 at South Ockendo assaulted an emergency worker, namely ambulance technician, acting in the exercise of her functions as such a worker

Campbell was discharged conditionally for two years and fined £320.00